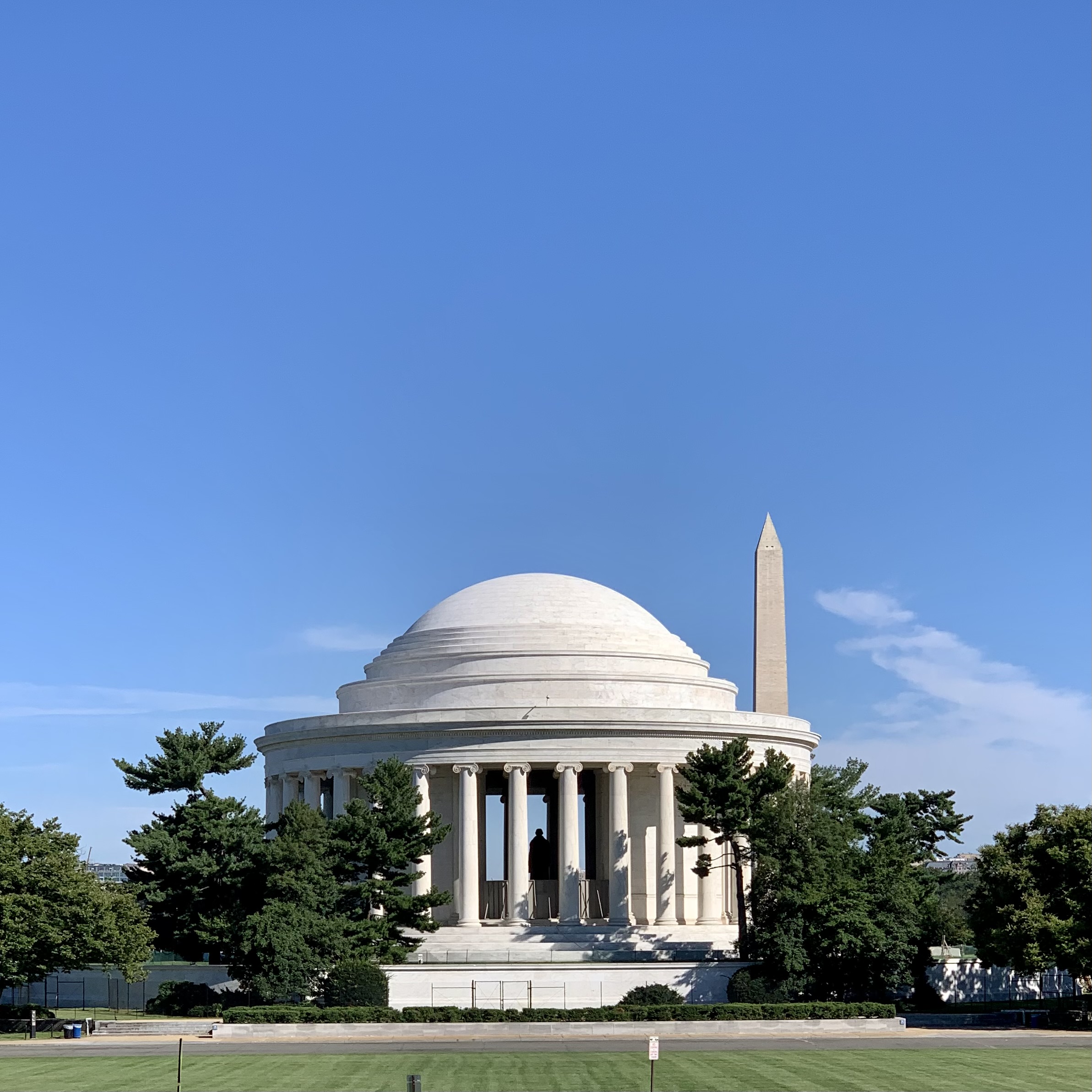 From the Southwest Freeway during the DC Bike Ride. Hard to get this shot unless the road is closed! 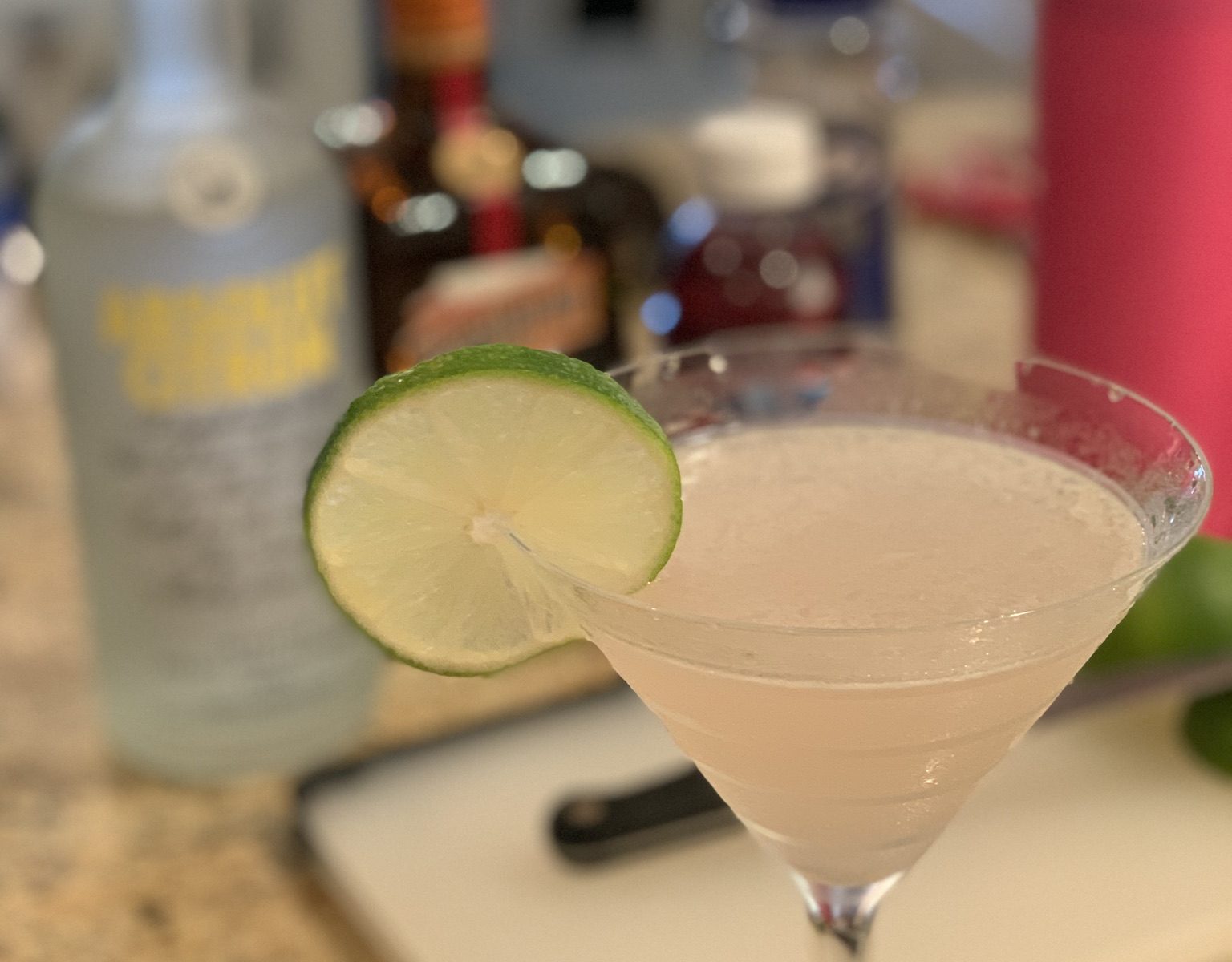 Sooo, we couldn’t take our planned holiday this Summer, but I am happy that I’m getting a vacation – a nice chance to relax, get some exercise, play a little music, and enjoy some delicious cocktails and sea food.  I’ve been on a FB hiatus for July, you know, because FB is a force for evil and not good, and today I decided to take a break from Twitter as well. I subscribe to some great publications, from the Atlantic to the Washington Post, so I’ll stick to them for a week or so and have a brief respite from the firehose of doom and authoritarianism of which I’ve seen altogether too much of late.

Meanwhile had a very nice and flat, breezy of rather hot run today… 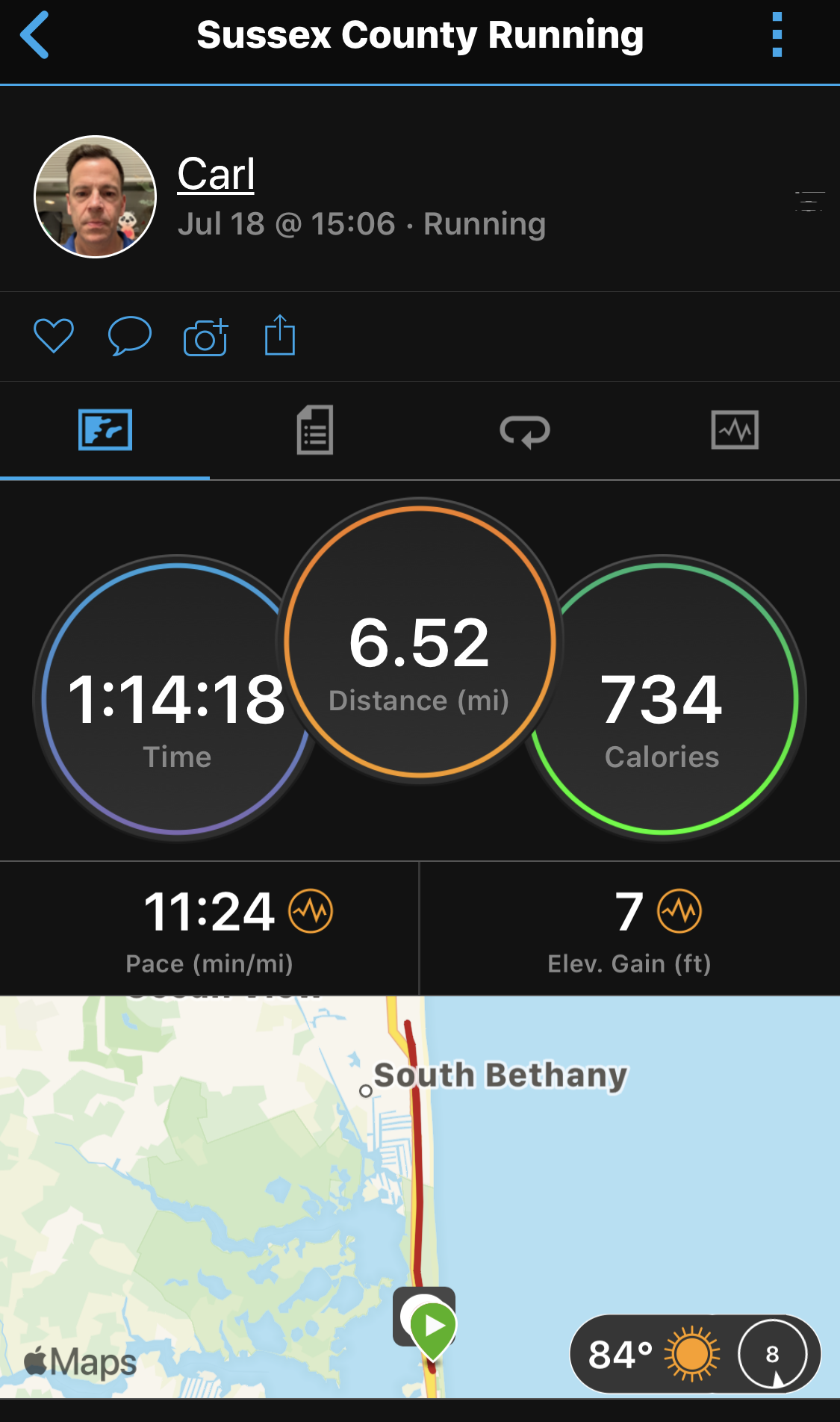 And a lovely cosmopolitan… 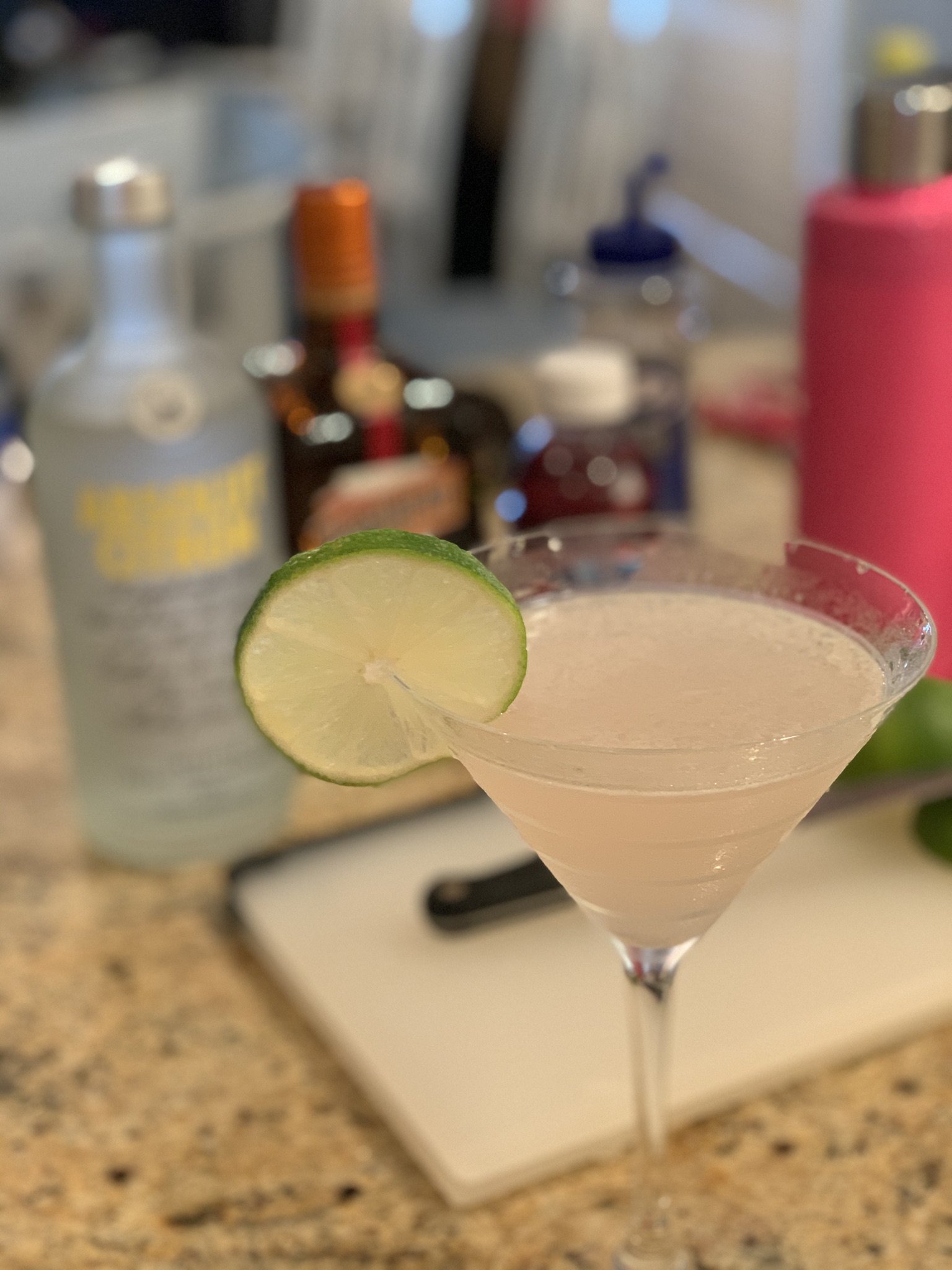 And recorded a song… 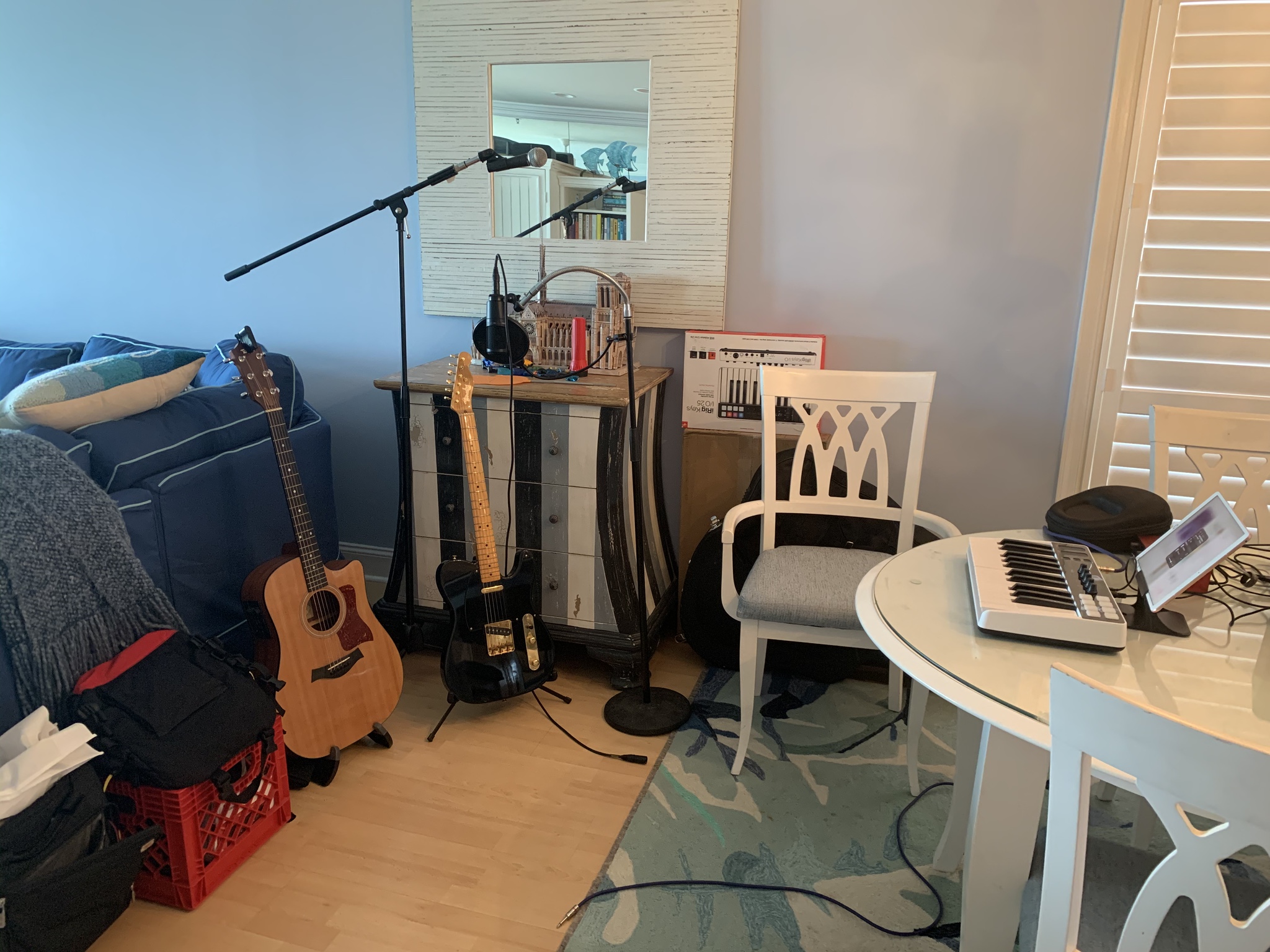 Folks here along the Delaware/Maryland seashore are well distanced, wearing masks inside every place I’ve been, and just generally doing their thing.

All in all, not a bad way to spend some time – I’m quite thankful to have a place to go and a job to which I can return. 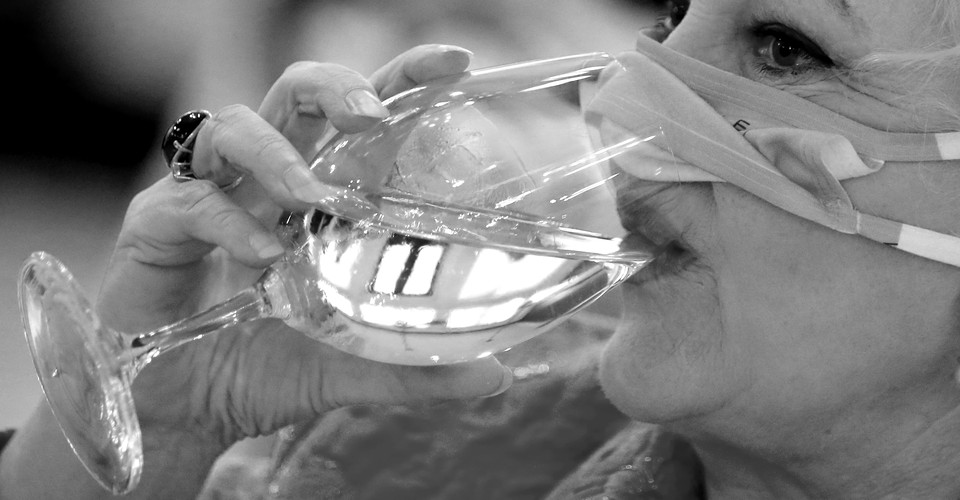 The Role of Cognitive Dissonance in the Pandemic
The minute we make any decision—I think COVID-19 is serious; no, I’m sure it is a hoax—we begin to justify the wisdom of our choice and find reasons to dismiss the alternative.

Dissonance theory also teaches us why changing your brother-in-law’s political opinions is so hard, if not impossible—especially if he has thrown time, money, effort, and his vote at them. (He can’t change yours either, can he?) But if you want to try, don’t say the equivalent of “What are you thinking by not wearing a mask?” That message implies “How could you be so stupid?” and will immediately create dissonance (I’m smart versus You say I’m doing something stupid), making him almost certainly respond with defensiveness and a hardening of the belief (I was thinking how smart I am, that’s what, and masks are useless anyway). However, your brother-in-law may be more amenable to messages from others who share his party loyalty but who have changed their mind, such as the growing number of prominent Republicans now wearing masks. Senator Lamar Alexander from Tennessee said, “Unfortunately, this simple, lifesaving practice has become part of a political debate that says: If you’re for Trump, you don’t wear a mask; if you’re against Trump, you do… The stakes are much too high for that.”

I don’t quite agree with this article, which says US passports are “worthless,” but I get the sentiment.

Had some fun tonight playing around with audio and midi gear.

First step was to repair the plastic overlay for the led display on my E-mu Xboard 49 midi controller. Had to disassemble it and glue a little shaded piece of plastic in place.

Once the Xboard was squared away I played around a bit with Syntronik for iOS, configuring knobs etc. Fun!

Next up was practicing some scales and improv forms over two chord backing tracks.

After the electric fun (AmpliTube via a Focusrite Scarlett 2i2 and the Fender amp pack), I decided to give “Blowin In the Wind” a try.

And the real answer is, this many.  Far too many, to date.

Definitely need to work on the audio mix…

A few more photos – capture the flavor of the room. 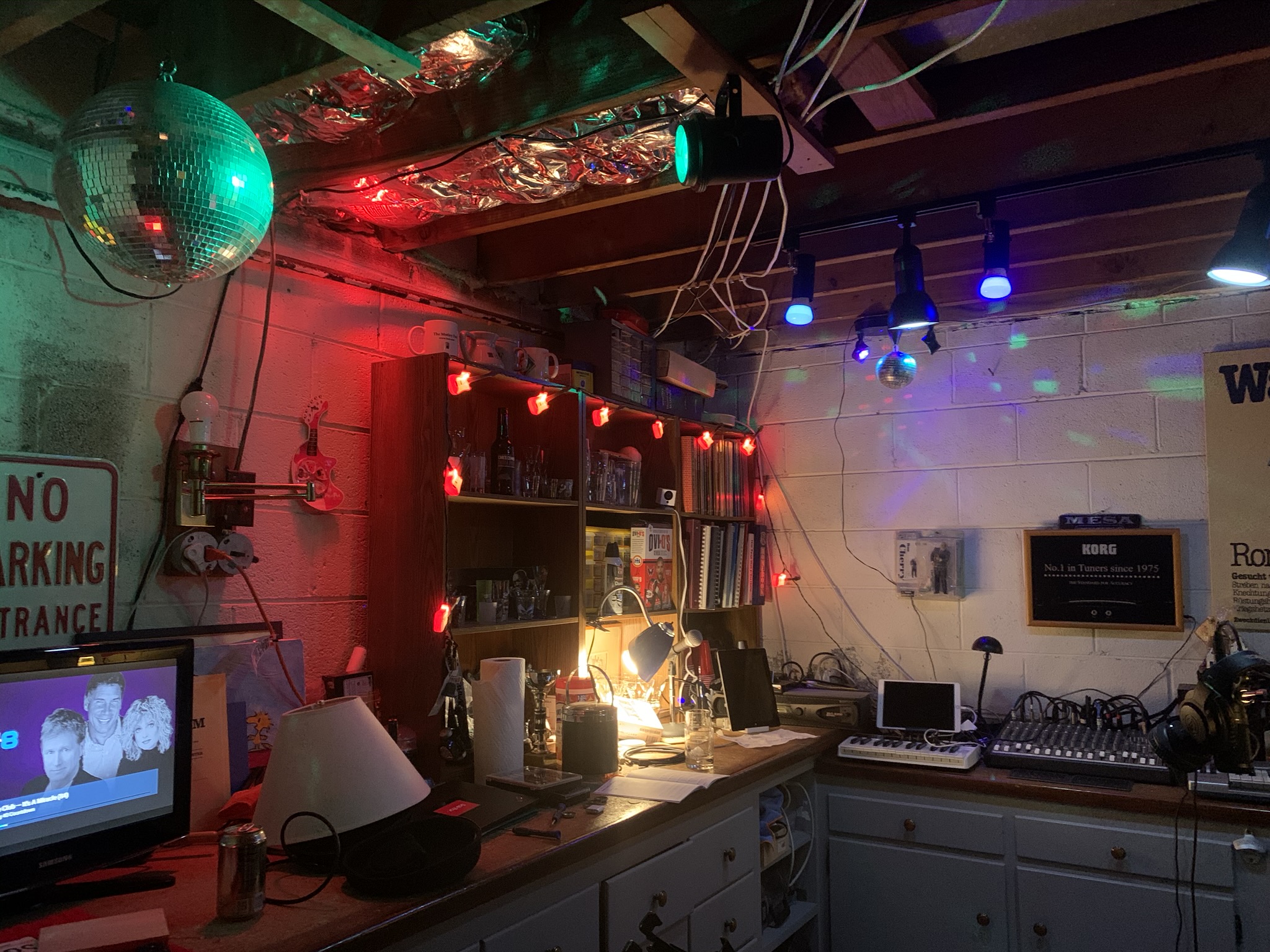 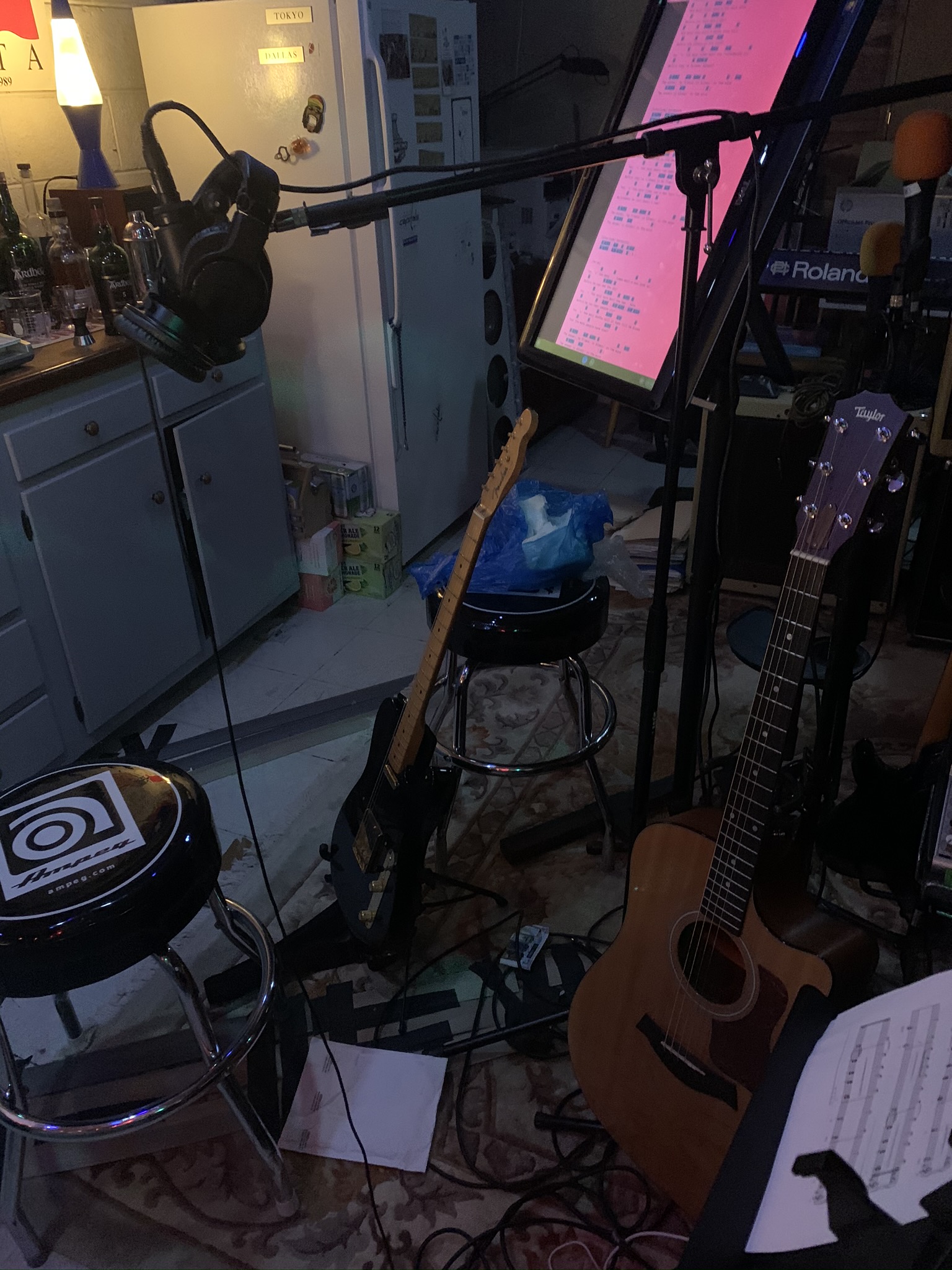 Had a nice ride down Beach Drive to Ross Drive and Broad branch, past the old house on Connecticut Avenue then back home via Bethesda.

Lots of folks walking or biking with masks but plenty of bikers and runners were unmasked including me. (I do of course carry a mask at all times, and rigorously stay at least 6-10 feet or more from everyone.) I wonder how this paragraph would have read a year ago, or how it will resonate in a year or ten.

Put the bike rack on the Forester today to get ready for the beach. Still need to take a test run.

Here’s an article I want to remember, sort of a “how did we get here” piece about Trumpism.

History Will Judge the Complicit

Tech companies are not doing enough to fight hate on their digital social platforms.

They must Stop Hate for Profit.

Join the fight.
— Read on www.stophateforprofit.org/

For a long time now (years! more than a decade!) I’ve been posting various things to Facebook. I like seeing posts from friends – everything from dear friends with whom I’ve had decades-long close friendships to former coworkers – I’m genuinely interested in seeing what folks have gotten into in terms of life, career, family, and the like.

That’s why I’m taking a complete sabbatical (moratorium?) from Facebook for the month of July. I won’t pretend like this is some real or significant sacrifice on my part, only that we can all use a break from electronic things, glass screens, blinking red lights calling us to just one more action, just one more email, just one more document… every day.

So, be all that as it may, follow me here or not – just do what you feel like doing!

Here’s some of Carl’s Music:

Note: most of this is terrible.

Maximize Frustration. From my Econ days.

Basement Blues. Written when Carl had no basement.

A Movie Theme. Also pretty lame, but what can you do?

The Economists. Carl and Dave: got a record contract yet?

Pleased? Annoyed? Send me some feedback!